The Hammond Castle Museum is opening for the season on April 1! Visitors are welcome to explore the many rooms of the castle with its medieval architecture and artifacts, as well as enjoy the beauty of the castle grounds and view of the Atlantic shore line. 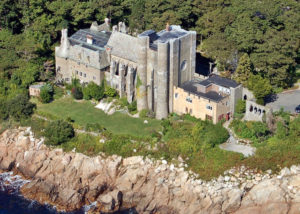 John Hayes Hammond, Jr. was a prolific inventor who was mentored by Edison himself! A passionate traveler, Hammond had a deep love of all things European and historic which is reflected in this feast-for-the-eyes home with gems in every corner.

Hammond’s medieval-style castle was built between 1926 and 1929 on a steep hill overlooking the Atlantic ocean in Gloucester, MA. The house features a renaissance dining room, round library, a War room, secret passageways and even an indoor pool with a “weather control” system that Hammond could set whenever he felt like swimming in the rain. The house was an expression of all things that Hammond loved, and his behavior showed it. A joyous Hammond was known to leap cannonball style from a second story window into his courtyard pool. 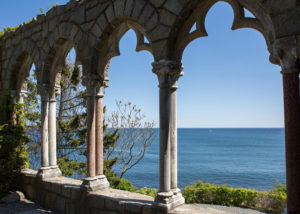 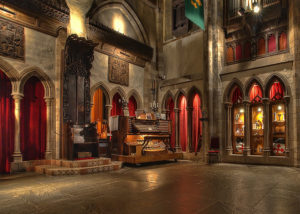