Every Tuesday morning during the Cochecho Arts Festival a different national or regional children’s performer takes to the Rotary Arts Pavilion Stage in Downtown Dover. The Children’s Series features a different performance each week ranging from juggling, to magic, animal education, music, and more. This series will be enjoyed by children of all ages!

The host site, the Rotary Arts Pavilion is located in Henry Law Park, and is footsteps away from the Children’s Museum of New Hampshire, the City’s Indoor Swimming Pool, and the playground and grassy riverside expanse at Henry Law Park itself. All of this makes for an extremely enjoyable and fun-filled day for the entire family right in downtown Dover. Each week, the Children’s Series features a different performance, including music, dancing, puppeteers, jugglers and magicians.

These shows are guaranteed to entertain the entire family. All Cochecho Arts Festival activities are free and open to the public.

Rockin Ron the Friendly Pirate
Tuesday, July 19, 12:00pm
Rockin’ Ron the Friendly Pirate performs for children all over the Northeast. He now has three albums out, “Give me an RRR!,” “Pirate PaRRRty!” and “The Flying Pirate Circus” which was in consideration for a 2017 Children’s Album GRAMMY. He has also released a DVD, “Lights…Camera…RRR!” and an illustrated book, “The Flying Pirate Circus.” His fun personality and his musical talent makes his shows fun for people of all ages.

Wayne from Maine
Tuesday, July 26, 12:00am
Wayne has been writing and performing his very own brand of children’s music for over two decades. From Maine to Maryland Wayne performs at schools, libraries, fairs and festivals. Wayne along with percussionist, JimmyJames, “The KoongaBoonga Man” invite volunteers to the stage to play instruments or sing into a wireless mic. There’s never a dull moment and the audience becomes part of the show.

Bryson Lang
Tuesday, August 9, 12:00pm
Bryson Lang is a world record holding performer who has entertained thousands around the world with his creative, high-energy, interactive, family-friendly Comedy Juggling show. For a dazzling display of comedy, dexterity, personality and a touch of the bizarre, Bryson Lang is, The Cure For the Common Show! 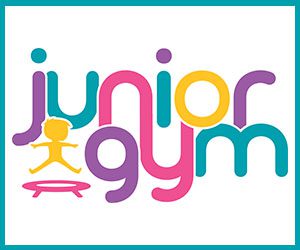